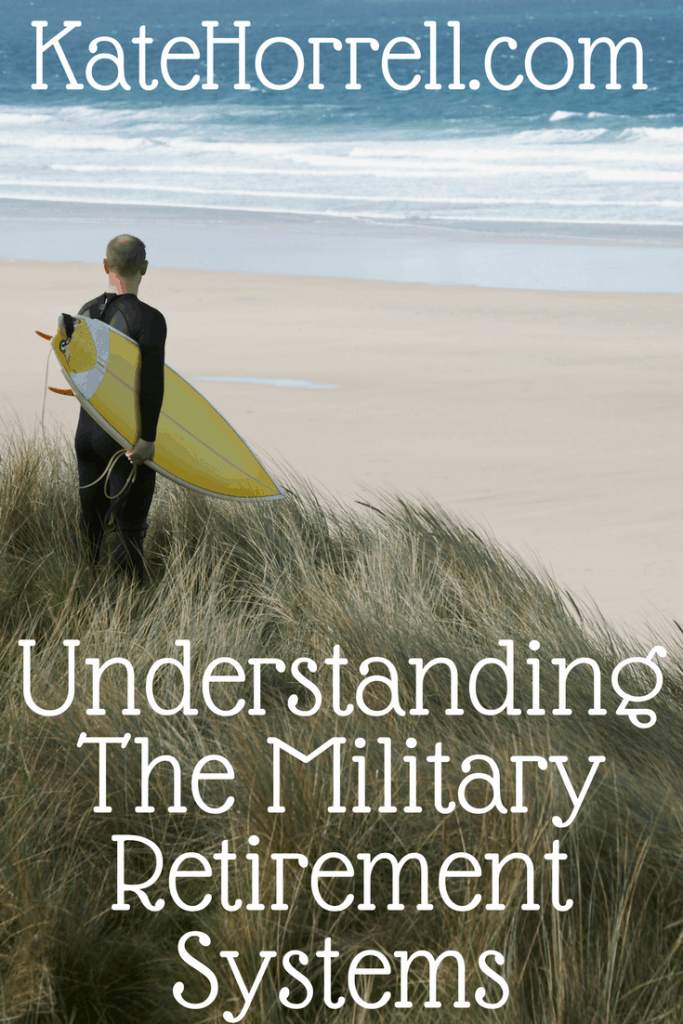 One unexpected benefit of the introduction of the “new” military retirement system, the Blended Retirement System (BRS), is that a lot of people have discovered that they don’t understand their retirement plan at all. While it isn’t great that folks don’t thoroughly understand the system, this is a great opportunity for learning all around.

Vesting is an important term that can be used with either defined benefit or defined contribution plans. Merriam-Webster defines vesting as “the conveying to an employee of inalienable rights to money contributed by an employer to a pension fund or retirement plan especially in the event of termination of employment prior to the normal retirement age.” Translated, that means that when you are vested, you have the rights to either the defined benefit or defined contribution funds that were contribute by your employer.

Defined benefit plans may or may not require employee contributions. Either way, the individual money is not designated to an individual employee, but rather all the funds are mixed together and held by the employer, or their retirement plan holder. The amount of benefit does not change based upon the performance of the investments in the account (unless the account goes bankrupt, which is a subject for another day.)

Defined benefit plans may have either cliff vesting or graded vesting, and/or they may require that you work to a certain age to receive benefits. 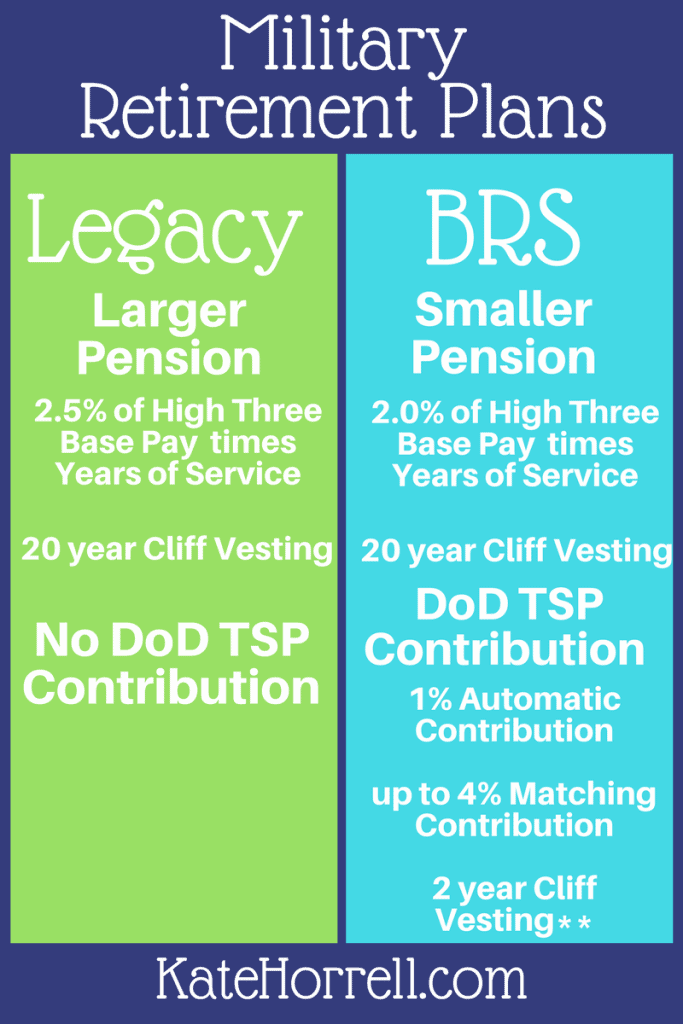 The Defined Benefit, or Pension

You can read much, much more about the Blended Retirement System in these articles:

Everything About The Blended Retirement System

Where To Learn About The Military’s New Blended Retirement System

Hopefully, this will clear up some of the confusion about the military retirement systems and how they work. Questions or comments? Drop them in the comments below!