Note:  This is not professional tax advice. While I have confirmed this information with various professionals, do not take my word for it. Read the tax rules yourself (link at the bottom) and consult with your tax professional to see how the rules apply to you. 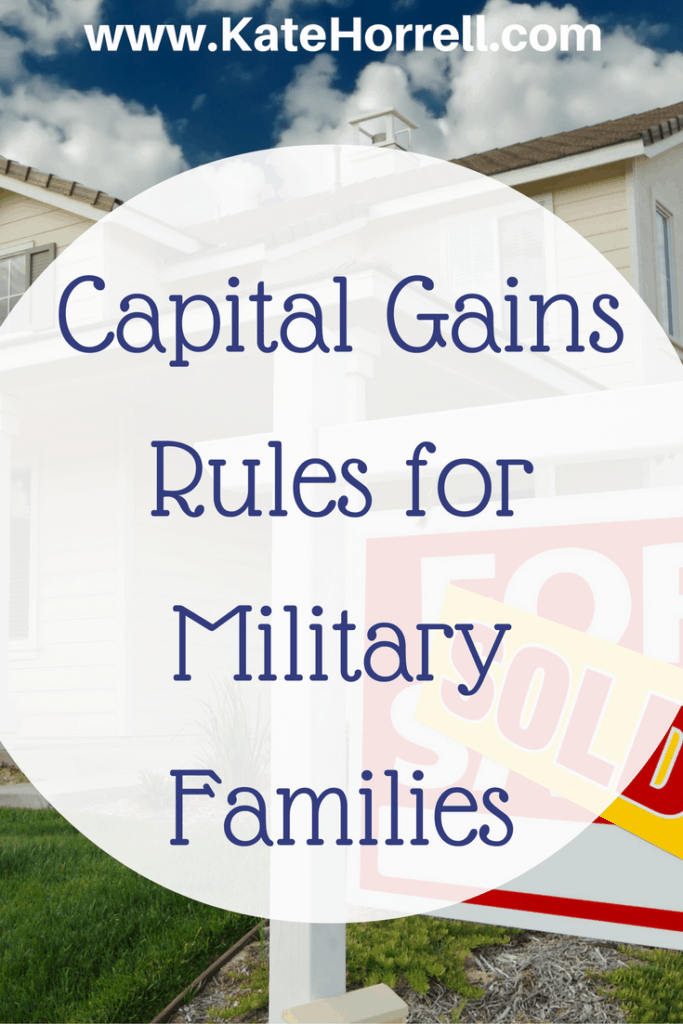 When you buy a house, and later sell it, the profit is subject to capital gains taxes. There is a generous tax break available to everyone: if you live in the house for two of the five year prior to the sale, you can exclude up to $250,000 ($500,000 for a married couple) in profits from taxation. The two of five years rule is often called the “use test,” as it is establishing whether you used the property as your principal residence.

For example, Joe and Sally buy a house in June 2010, and live in it until December 2013. They then move into a new house and rent out their old house. In September 2016, they sell the rental house. By counting back five years from the date of sale (September 2011), you can see that Joe and Sally lived in the house for more than two years (September 2011 to December 2013) of the five years prior to the sale. They are able to exclude up to $500,000 in profits from being subject to capital gains taxes.

As another example, Erin and Paul buy a new house in December 2014. In December 2015, they have triplets, so they sell their house to purchase a larger house. Because Erin and Paul did not live in the house for two years, they will have to pay capital gains tax on any profit derived from the sale. (Depending on the details, Erin and Paul may be able to take a pro-rated exemption and not pay the full amount of taxes.)

It is very important to note that you can not take the capital gains exemption more than once every twenty-four months. There do not appear to be any exceptions to this rule.

Suspension of Time for Military

If you are military on active duty and receive Permanent Change of Station (PCS) orders to a location more than 50 miles away from the property, you may “suspend” the clock on the two-out-of-five rule listed above. The suspension may last no more than ten years, for a total lookback period of 15 years.

For example, Tom and Jennifer buy a house 2005, and live in it until 2010. They receive PCS orders across the country, and make their house a rental. In 2015, they decide to sell the property. They are eligible to exempt their profits by suspending the years 2013 to 2015, and showing that they lived in the house for two of the five years prior to the suspension (2008 to 2010.)

An easier way to look at this suspension is that, under typical circumstances, military families can exempt profits from capital gains if they lived in a house for two of the fifteen years before the sale, as long as they were not stationed within 50 miles of the property at any time of non-residence, and considering the following important detail:

It is very important to note that you can not suspend the time for more than one property at a time.

In 2016, they decide that they are tired of being landlords and sell both houses. They have not lived in either house for two out of the last five years, so they are not eligible for the regular tax exclusion on either property. They are, however, eligible to suspend the clock on ONE of their properties. They will have to figure out which property will get the most benefit from the suspension, and pay full capital gains taxes on the other property.

The Tax Is Only On The Profit

Don’t forget that the capital gains tax is only paid on the net profit made from the property.  This includes the original purchase price of the property, plus any capital improvements that have been made to the property, selling costs, and selected purchasing costs.  Great record-keeping pays off when you are calculating your gain.

Selling After Leaving The Military

There is a vague and poorly explained rule that says that ” This extension of time can apply to taxpayers who have recently left the military.” Unfortunately, it doesn’t say when it “can” apply, or how “recently” you must have left the military. If you’re planning ahead, you’re going to want to talk to your tax strategy person and figure out what the IRS might mean by that law. If you’ve already sold after retirement, you’ll have to guess whether you think this language fits your situation. You can find the actual language in the first highlighted block on page 11-18 at https://apps.irs.gov/app/vita/content/globalmedia/4491_capital_gain.pdf.

The best guess that I have heard is that while the periods of qualified use still need to be while you are in the military, the three years of unqualified use could be after retirement. You will need to talk to your tax professional and see where you stand on this subject.

It is important to note that at the time of sale, you will also be subject to the “recapture” of the depreciation taken on the property over the years it was a rental. This is somewhat complicated, and I strongly recommend that you get a qualified accountant to handle the math, but you should expect to pay up to 25% of the amount you have depreciated over the years.

There are various things you can do that may reduce the tax liability on the sale of a rental property, including deferring the taxes by purchasing another property in a 1031 tax deferred exchange, or by living in the house for a period of time before selling. There are tons of resources available to explain these options, if you are interested.

The application of the military suspension for the calculation of the use test is very misunderstood. I have seen many people claim that it means that you have to live in the house for two out of ten years, or other misinterpretations of the law. You can find the exact explanation and example in IRS Publication 523, Selling Your Home. The examples in Pub 523, particularly about the military suspension, are very helpful in understanding how the written rules actually work.

If you have questions, or you think I’m confused, or you have an experience that would help others, please comment. Understanding these rules can have a big impact on house-selling decisions and the choices you make can save or cost you a lot of money.

Another great article on this subject: