When I was a child, my father told me that someday we would all carry around telephones in our pockets.  I’m pretty sure I told him that was ridiculous. 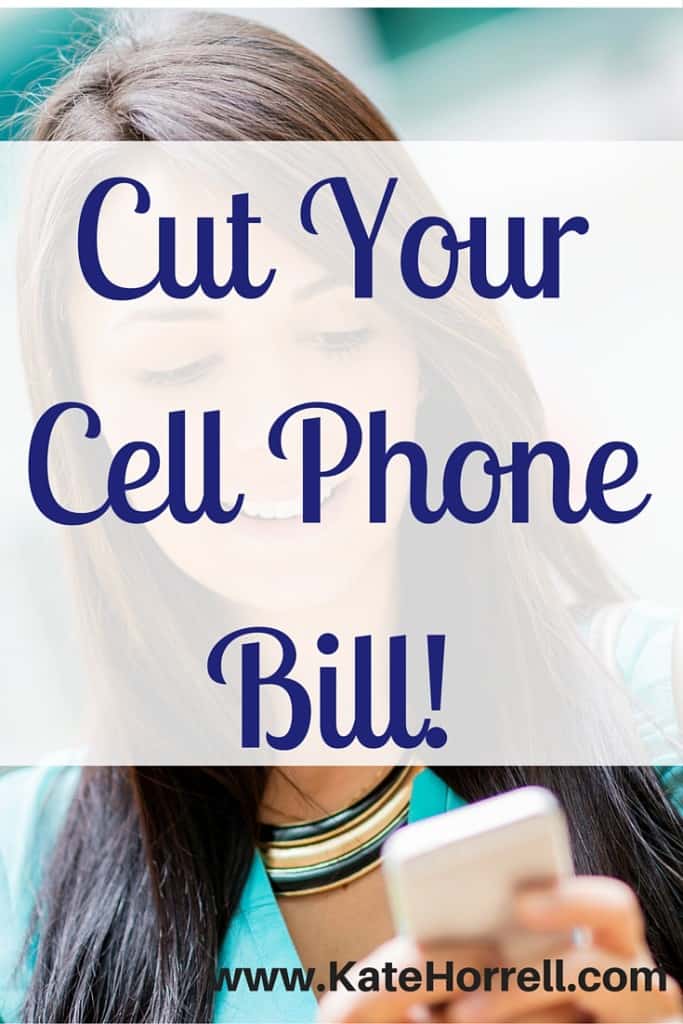 Cell phones have become a part of everyday life, with nearly all adults and quite a few children carrying cell phones and using them for a dizzying array of activities.  With those cell phones come expenses, and some people I know are paying way too much for their cell phone service.  I’m here to tell you that cutting cell phone costs is possible, it is simple, and your service isn’t going to decline.

Why two different companies?  The Republic Wireless business model used to use proprietary phones from the Motorola family.  It uses a wider variety of phones now, but still isn’t compatible with Apple.   My husband and I aren’t tied to a specific brand.  Therefore, we went with Republic Wireless.  My girls, however, wanted iPhones, and were blessed with hand-me-downs.  Ting service can be used with pretty much any type of phone, so the girls iPhones have Ting service.

model is built around the idea that all activities, even telephone calls, should use WiFi when it is available and only use cell phone signals when there isn’t WiFi.  This is the reason that Republic Wireless requires a compatible phone.

Basic costs for Republic Wireless service start at just $15 per month, with plans for typical users in the $20.00 to $30.00 per month range.  The $15 per month plan that includes unlimited texting and calling, and you pay for data as you use it (pretty affordably, too.)  I have an older version $17.50 per month plan, which gives me unlimited text and calls, plus .5 GB of data.  I use email, Facebook, and maps all the time, and I’ve never gone over my data.  My husband uses data while he commutes, so he has legacy $25 per month plan with unlimited text and calls, plus 1GB of data.  I don’t think he has gone over his data, either, but sometimes he gets close.  There are plans all the way up to 10GB of data, for $90 per month.

Because Republic Wireless can be used in WiFi areas, for just $15 per month, it is perfect for use to call the US when you’re deployed to an area with WiFi, and even for use as an American phone number in your WiFi enabled house overseas.  Even better, if you have it with you overseas, you can continue to use it as a phone when you visit the US without having to switch out SIM cards or change phone numbers, and a simple change of plan will add affordable data to the phone for the time you’re visiting the US.

You can bring your existing phone number to Republic Wireless – it wasn’t at all difficult once I got the right information from my previous carrier.

for almost two years months, and I am pleased with the service. My only complaint is when making calls from my house; once in a blue moon it seems like the WiFi is jammy and my call quality isn’t great.  When that happens, I tap a button to transfer the call to cellular and I’m fine.  When I look at how much my friends and family are spending for cellular service, I am willing to deal with that little issue to save so much money.  Otherwise, coverage has been good.  I didn’t have coverage when we went camping in the mountains, but neither did anyone else. You can check Republic Wireless’s cell coverage here.

As with any good deal, there are some things that Republic Wireless doesn’t do.  First, you can’t make telephone calls on cellular/mobile carriers in other countries.  For example, if you go Germany, you can use WiFi to call America, but you can’t use cell service to call your German hotel.  Second, Republic Wireless’s international calling area growing, but still quite small.  Countries you can call from your Republic Wireless account include Canada, Puerto Rico, Guam, US Virgin Islands, American Samoa, Northern Mariana Islands, Johnston Atoll, Midway Atoll, and Wake Island.  Canada is included in the regular service, and the other locations are currently free.

Because they had specific phones in mind, I set my daughters up with Ting Mobile.  Ting Mobile doesn’t have any crazy technology, but they do have terrific prices, especially if you can control your data usage.  Ting is a pay-as-you go company with a little twist – you pay for buckets as you go, vs. paying by the minute or text or megabyte.  You can purchase a phone from Ting, or bring your own device.

Setting up with Ting was easy.  I verified that their phones would work by entering the phone’s information into the Ting website, and they helped me select which SIM card I needed to purchase.  (I don’t think all phones require SIM card purchases, but ours did.)  They are usually $9 but occasionally go on sale for $5.  SIM card delivery took just 2 or 3 days, and then I set up the accounts.  It took only a few minutes.

Ting pricing works in “buckets,” with different sized buckets for calls, texts, and data.  There is a base fee of $6 per device each month, and then you get charged for the amount of service you actually use.  Here’s the current price of the various buckets:

The ability to bring your own device, or select from a wide variety of phones, is a definite benefit of Ting over Republic Wireless.  It makes it a smaller investment if you just want to try out their service without feeling committed – just switch your number and see how it goes!  Their overall costs aren’t quite as low, depending on your usage, but still much less than the big-name carriers.  We give the girls a phone allowance of $25 each per month.  They’ve gone over it every month so far, but by less than $10, and we’re tweaking their settings to get the costs down.

Bonus for my readers:  If you sign up for Ting using my affiliate link, you’ll get a $25 credit on your first bill!  Who doesn’t love that?  (Full disclosure:  I think I get a $25 credit, too.)

All told, my family pays less than $150 a month for six smart-phones.  Make the switch to Republic Wireless or Ting and see how much you can save!