Income taxes can be difficult. There are literally thousands of pages of laws, and hundreds of different forms that some people have to use to file their income tax return. However, the basic system isn’t really that complicated. Understanding the basics of how income taxes work is a key step in making sure that you get your taxes right and make smart tax decisions when you have choices.

Before I explain the income tax system, let me explain something very similar: budget billing for utilities. If you sign up for budget billing for your utilities, your total bill for the year is estimated, and divided up amongst twelve months. You make that estimated payment each month, regardless of the amount of your actual utility bill. At the end of the year, the company calculates the amount of all your payments, and the amount of all your bills, and compares them. If you’ve paid too much, you’ll get a refund of the overpayment. If you haven’t paid enough, you have to make up the difference.

Let’s imagine we have two neighbors, Shawn and Terry. Both Shawn and Terry are signed up for budget billing with their electric company.  Based upon prior usage and other information about their properties, the utility company estimates how much electricity they will use in a year, and tells them how much to pay each month. That money gets applied to their account

The utility company has done a good job of estimating Terry’s and Shawn’s electric usage for the year, but they’re off by a little bit in each case. That’s to be expected; the utility company has no idea about different variables. They don’t know that Terry has decided to be very careful about his usage, or that Shawn bought a huge new TV that uses a lot of electricity.

I’ve made some graphics to explain this better: 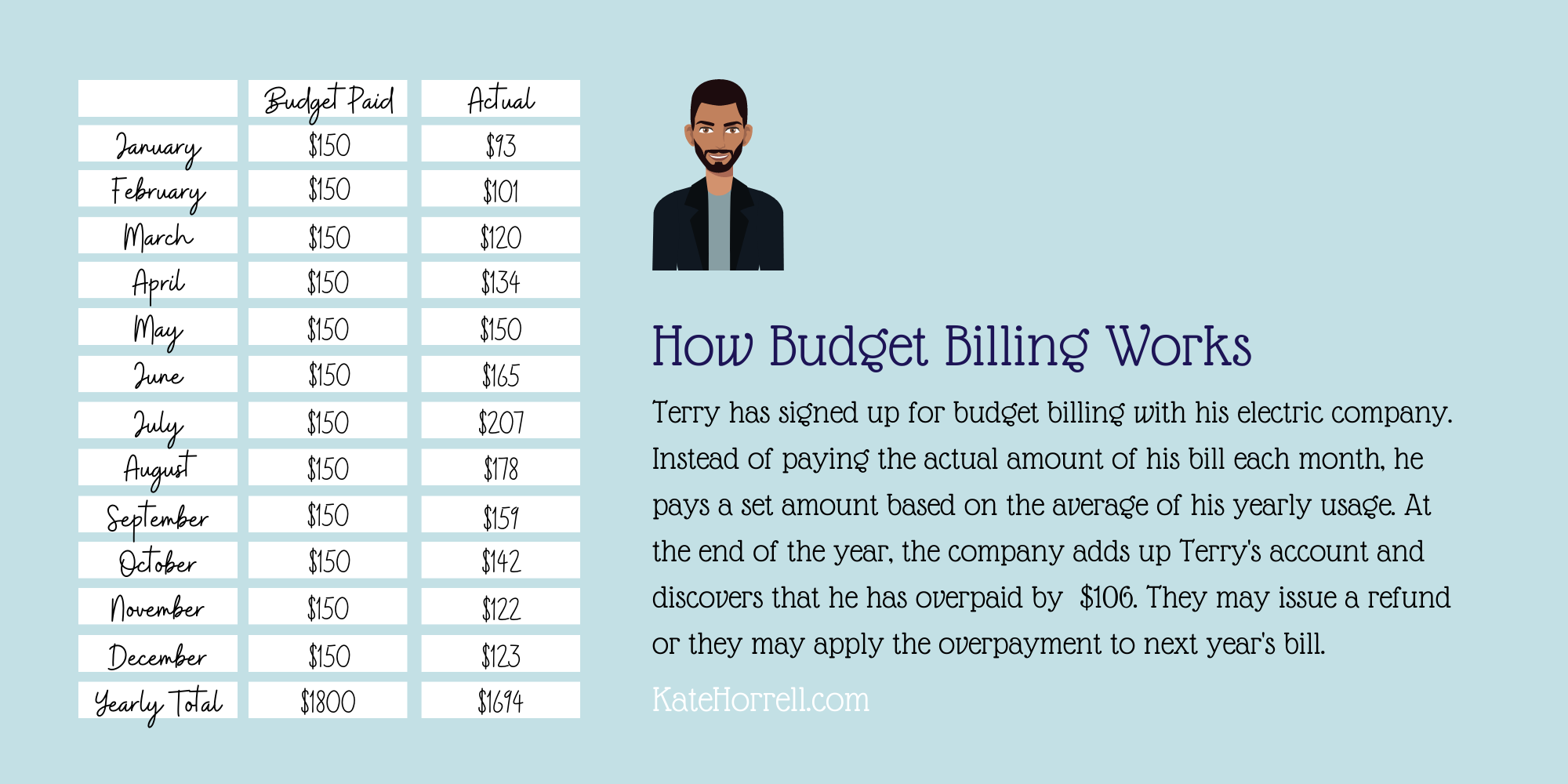 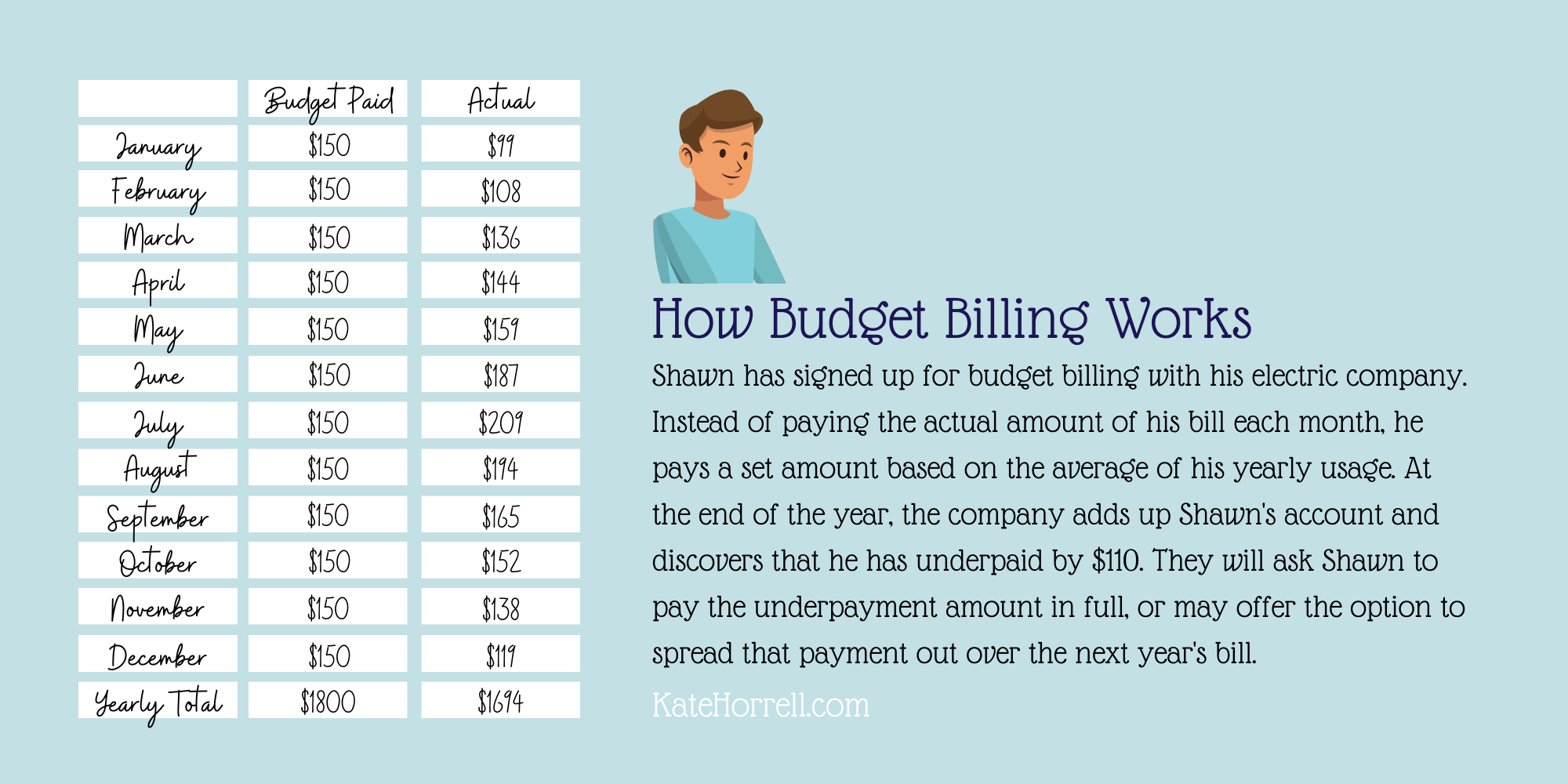 Does that make sense so far? Good, because income taxes are calculated pretty much the same way.

How Taxes Are Calculated

Income taxes are calculated on a yearly basis, but no one knows how much you’ll owe at the end of the year. Therefore, your employer has to estimate your yearly income and any deductions and credits you might receive. The employer uses the information you’ve provided on your W-4 Employee’s Withholding Allowance Certificate. Each time you are paid, the employer calculates your estimated yearly tax bill and divides that amount by the number of pay periods in your year. They withhold that amount of money from your pay as for federal income taxes, and forward that money to the Internal Revenue Service (IRS) to be applied to your total tax bill at the end of the year. The IRS holds that money, like a savings account, to be used to pay your tax bill at the end of the year.

At the end of the year, you (or your tax preparer) add all your income from the year, subtract any adjustments to income,  and exemptions, to get your taxable income. Then, you calculate how much tax is owed on that taxable income. Then, you subtract any credits (such as the child tax credit), and add any additional taxes owed (such as self-employment tax), to get your total tax liability. Then, you compare the amounts you’ve had withheld from your pay throughout the year, and apply any refundable credits (like the earned income credit.) If you withheld too much, you get a refund. If you didn’t withhold enough, you’ll owe.

Just like with the electricity bill, you’re having estimated taxes taken out over the course of the year, in the form of withholding. This is the amount on your paycheck that says Federal Income Taxes. It’s not actually a tax payment, it is an estimated payment towards your total year’s bill.

At the end of the year, you calculate your taxes due and compare them to the total withholding that has been taken from your pay over the course of the year. If you’ve overpaid, you get a refund. If you’ve underpaid, you owe additional tax.

One area that really confuses people is how tax brackets work. A lot of people think that if their income increases, and pushes them into a higher tax bracket, they’ll pay a lot more taxes. That simply isn’t true. Our tax system is nominal, meaning that you only pay the higher taxes on the income that falls into that higher bracket.

If all you look at is the bottom line, you don’t really know how much each part is or is not costing you. I’ve found this to be particularly true of self-employment income: folks tell me, “I’m not paying taxes on my self-employment because we got a tax refund.” What they’re not seeing is that they would have had a much larger refund without the self-employment tax. This is only an example – it can work out all different kinds of ways – but that’s a common one.

I hope this makes the system a little simpler to understand. If you have questions, please ask in the comments, and I’ll explain them AND make this piece better.