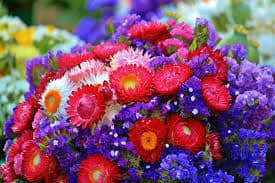 The other day, I had dropped off my truck at the Firestone on base to get the oil changed. I usually do this first thing in the morning, then walk into the office, since it’s fairly convenient. However, that day, it was slightly drizzling, so I decided to walk through the Base Exchange mall to get out of the rain. Since it was early morning, the place was dead, which allowed me to realize something that had happened a few months earlier-Our flower shop got replaced by a store that specializes in auto rims. And this made me sad.

Huh? Let me explain. Our exchange used to have a flower shop. It didn’t do that well, and I never saw many people in it, since flowers are cheaper and easy to get at the commissary. So the flower shop closed down, and the space sat vacant for a while. I had noticed some construction over the next few months, but never really paid attention to what was going on. It wasn’t until I was walking through a perfectly still exchange mall when I saw it…a display case with big, shiny, RIMS. Ugh. I looked up and saw the sign for “Blankety-blank auto accessories” 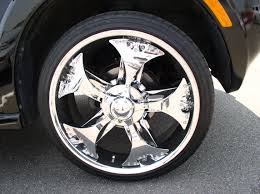 I don’t hate rims, nor do I hate auto accessories. However, they’re the most obvious symbol of everything we know about financial irresponsibility. We’ve all heard the story about (or personally known) that person who takes his hard-earned deployment income and blows it on that car everyone knows he can afford (I say ‘he’ because I’ve never met a woman who blows tons of money on rims and stereo systems). Or even worse, buying thousands of dollars of accessories that end up being more than the blue book value of the car itself… most of the time, it becomes a static display or a very expensive parking lot sound system.

We all know that this kind of spending is the exact opposite of preparing for your future. Spending tons of money on depreciating stuff that you’ll forget about in a few years is not an investment. It’s spending money on yourself for immediate gratification.  I sound like I’m preaching to the choir, but I’ll get to the point in a second.

I was a little upset, because the exchange put one of these shops on our base. Then, thirty seconds later, I realized that it’s not the exchange’s fault. The purpose of the military exchanges is not to force responsible spending. It’s to provide servicemembers what they want…within legal, moral, and ethical limits. Without stepping into the debate over how much is too much (such as where to draw the line on extending credit to servicemembers without regard to their ability to pay it back), the exchanges listen to customer feedback and endeavor to give their customers what they want. So the message was pretty clear…our exchanges customers valued their car accessories more than they valued the flower shop.

So why is it important to invest in flowers?

Like I mentioned earlier, spending thousands of dollars on auto accessories means that money isn’t invested for the future. Most people would read this to mean investing in Thrift Savings Plan, your retirement accounts, or putting money towards your children’s’ college education—all worthwhile goals. However, I’ll define it in a slightly different manner by describing what the auto accessory store replaced—the flower shop.

A flower shop exists only to make you buy very expensive flowers. You’re taking money that can obviously be used for something more practical, and you spending it on flowers that will eventually die. That’s one way to look at it-that’s how most guys do. However, from the recipient’s view, flowers mean that you care. Every time I buy flowers for my wife, mother, or daughter, they appreciate them. My daughter…I could buy her anything in the world, and it wouldn’t matter as much to her as a $5.00 bouquet of spring flowers. Except a pony…she’d really like a pony, and what eight year old girl doesn’t? But I digress.

So, to me, spending money on flowers is the same as investing money (and time and thoughtfulness) into a relationship with someone you really care about. Each time you buy someone flowers, you’re making a financial and emotional commitment to that relationship and strengthening it. Long after those flowers have died, that relationship will last, and that’s more powerful than any investment or insurance product you could have put your money into. And it’s certainly better than immediate gratification for yourself.

So, that’s why I was a little sad to see the flower shop replaced by the auto accessories store. While I can’t do a whole lot to keep people out of the auto parts shop, I can point out the difference between rims and flowers.

Rims mean: Me, myself, I, immediate gratification.

The world needs more flower shops, not more auto accessory shops. However, through market economics, you can help decide which ones stay open, and which ones will close. So, which choice will YOU make?

For me, I think I’m going to invest in some flowers for my daughter and my wife.

Forrest Baumhover is a Certified Financial Planner™ and financial planner with Lawrence Financial Planning, a fee-only financial services firm. As a retired naval officer, Forrest helps veterans, transitioning servicemembers and their families address the financial challenges of post-military life so they can achieve financial independence and spend more time doing the things they love.