Last year, my daughter was looking for a new specialist. She’s away at college, and learning how to do all sorts of things for herself. She found a provider, and went to the Humana website to see if the provider was in-network. The first time she looked, the provider was on the list, so she called the provider and verbally verified that they were in-network with Tricare. They stated that they were, and she made an appointment for several weeks in the future. 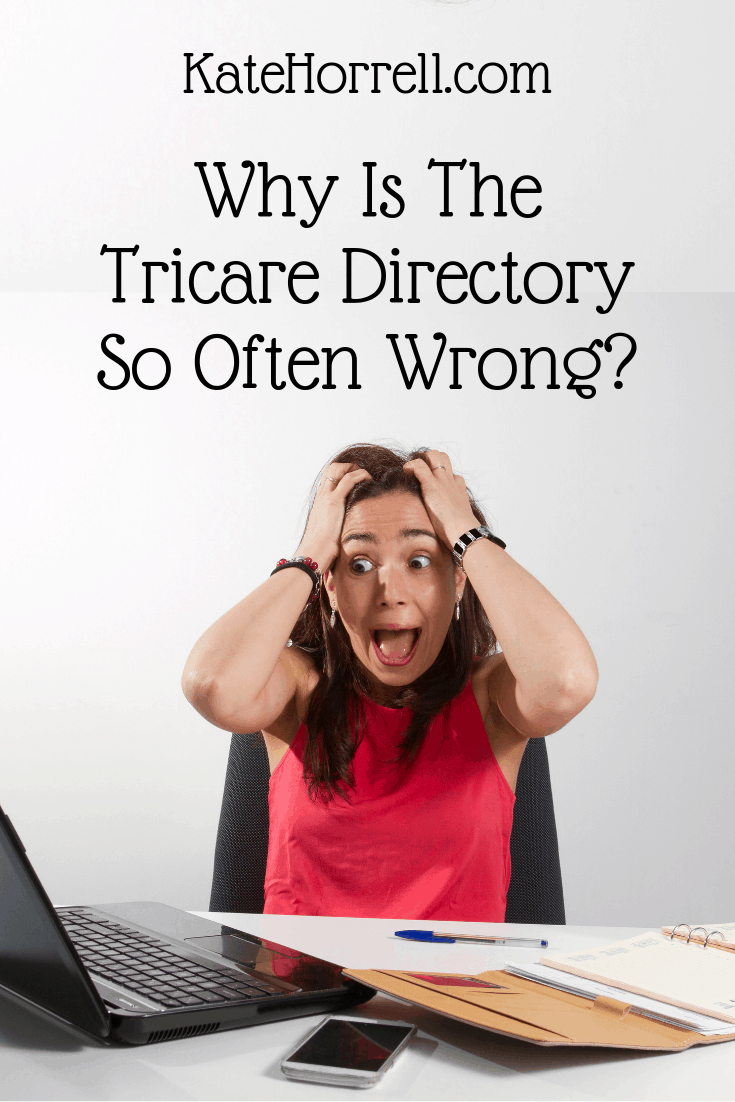 We didn’t have a lot of experience with stateside Tricare at the time, so I went back to double check shortly before her appointment. The doctor had disappeared from the website’s database, but the doctor’s office assured me that they were in-network, and the collective wisdom of my friends and the internet assured me that the Humana website was often wrong, and that everything should be fine as long as the doctor knew they were in-network.

Three appointments later, the doctor’s office called me. Apparently they had been dropped from the Humana network (I have no idea what happened) and the doctor had decided that she didn’t want the hassle of dealing with Humana and so wasn’t even trying to get back in network.

Now, many of you know how hard it is to find good specialists. I did not want to ask my child to change doctors. So we just paid the Tricare Prime Point-of-Service fee for her to continue to see this provider. And then we changed to Tricare Select the next year, so that we were at least paying less for each appointment and it was applying to our catastrophic cap.

And, we are more financially stable, and this cost didn’t put our family under. But had this same situation occurred at different points in our financial journey, it could have been a significant hardship. And what if instead of going to two or three appointments before we discovered the problem, she’d gone to 20 or 30 appointments?

Military life has plenty of challenges – figuring out which doctors take your insurance shouldn’t be one of them. It’s apparently a well-acknowledged problem that the contractor databases are often inaccurate, and folks have recommended to me that I always verbally confirm Tricare network status with the contractor and the provider. As if that would even prove anything.

It’s 2019. Updating an online directory is not that hard. The Department of Defense pays these contractors a LOT of money to manage our healthcare, and we shouldn’t have to be crossing our fingers every time we go to the doctors. Our military families deserve better.