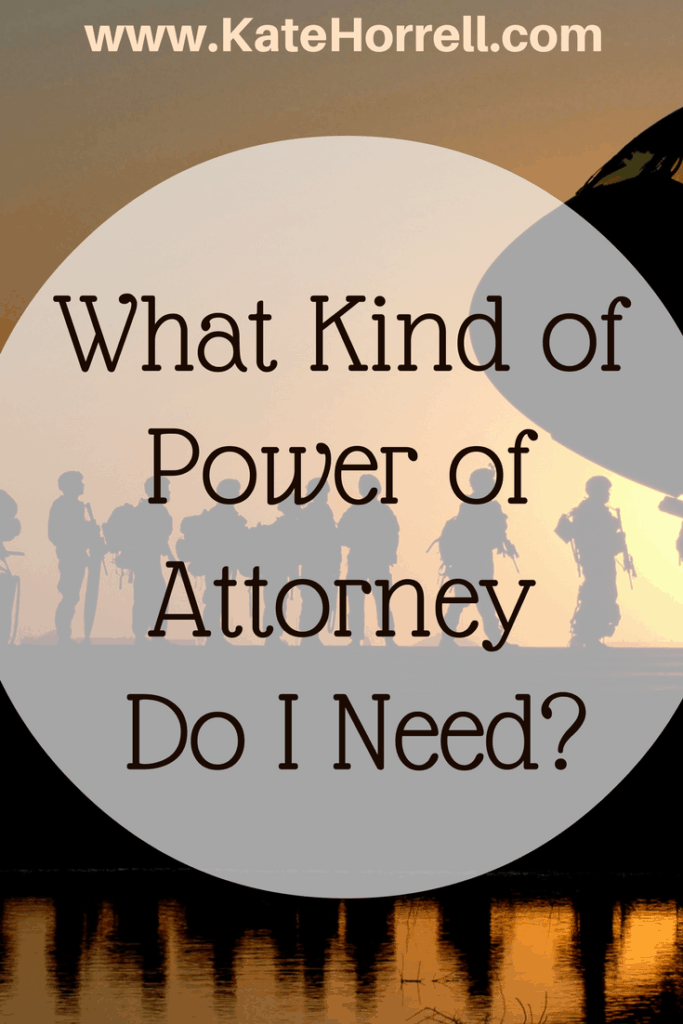 A power of attorney is a document giving one person the right to act on behalf of another person.  These are commonly used in military situation because the service member is not always available to take care of their personal business.

Which One Do You Need?

There are two issues that should help you decide whether you need a general power of attorney or specific powers of attorney.

Second, how much power do you need to give? You want to ensure that you’re only granting the amount of power that is necessary to complete the business planned.  There is no need to give your friend a general power of attorney over your whole life so that he or she can sell a car for you.

What Kind of Specific Power of Attorney?

There are nearly an unlimited number of different types of specific powers of attorney.  I recommend that you have:

It’s a long list, and the legal office may tell you that you are being ridiculous, but this is one situation where you really want to be over-prepared.  I have seen too many people stuck in frustrating situations that could have been 100% avoided by having the right powers of attorney, like a friend who was buying a house and the closing company decided that they didn’t like the power of attorney that she had.  Or the friend who didn’t update her powers of attorney, and her husband deployed on one of those crazy come-home-for-four-hours and leave for months deployments, and was given notice to vacate her rented house the very next day.  Or me, who couldn’t pay my husband’s credit card bill because I didn’t have the right form.

Questions?  Comments?  Experiences?  I love to hear them!