In his latest book, The Latte Factor, bestselling financial author David Bach tells the fictionalized story of Zoey, a hardworking 20-something who is struggling to stay afloat financially. She meets Henry, who teaches her about his three secrets for financial freedom: 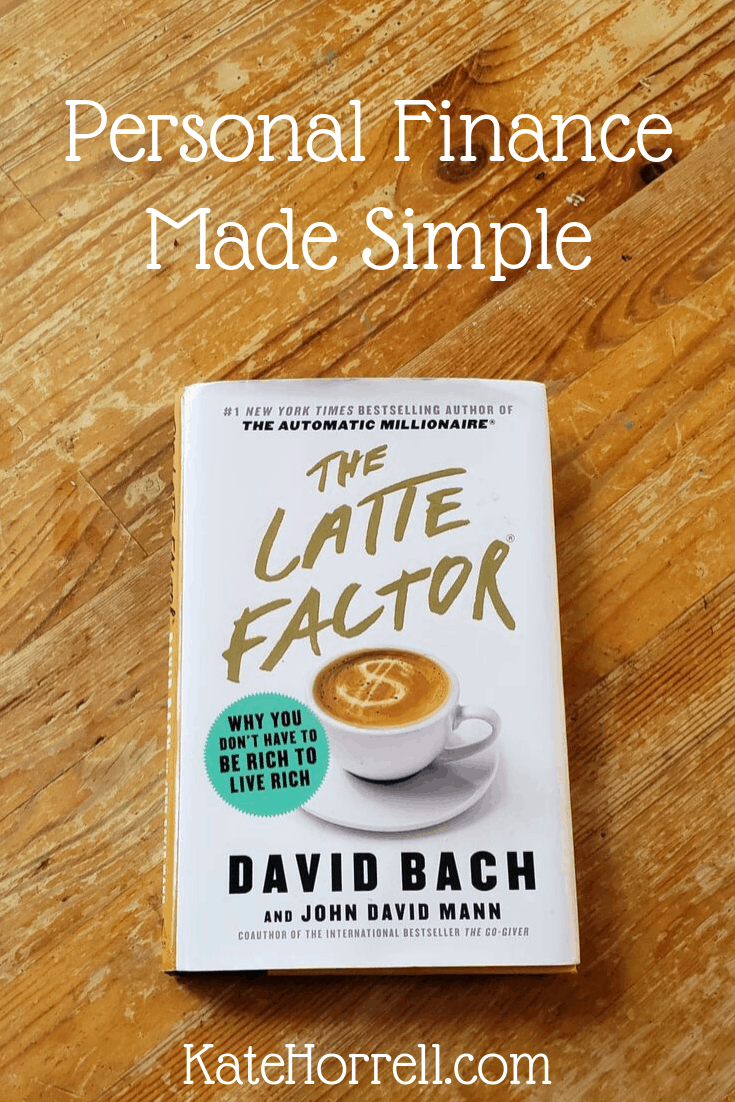 Bach provides simple explanations of each concept, using the character Henry to share the information, show how it has worked in his own life, and present a picture of how it could work in Zoe’s life. He breaks it down into manageable steps that aren’t completely overwhelming to Zoe or the reader.

In my experience, most people have at least heard of the first two ideas, even if they aren’t doing them. The third rule can be harder to grasp: How do you cut expenses to pay yourself first and yet still live rich now? As in previous books, Bach explains that it is important to know what you value, and to tailor your spending to support fulfilling your dreams. For example, perhaps you value travel but not eating out – can you divert money that you’re currently using for meals out towards a travel budget? I have found this mindset very useful as we figure out where to put our money. It’s not that we don’t have enough money, but rather that we have to choose where to spend it to fulfill our dreams.

Folks who are experienced with money may find the content overly simplistic. My kids were a bit negative about the book, not disliking the content itself but claiming the characters didn’t have much depth. On the flip side, the story-telling style and simplicity can be great for people who don’t have a lot of experience with money or who are more interested in a less academic style of writing. Plus, it is a relatively quick read!

From the perspective of an educator, I really enjoyed hearing Zoe’s internal thought process, and the questions and concerns that she brought to Henry. Henry’s answers are helpful to anyone who has a decent income but no idea how to use that income to live well now and still save to fulfill their long-term goals.

I am a big fan of David Bach’s books. His earlier books, particularly Smart Women Finish Rich and The Automatic Millionaire, are one of the reasons that I became interested in personal finance, and I’ve met him and discussed his genuine passion for helping others have the most satisfying and productive lives possible. While The Latte Factor didn’t do a lot for me, I can see how it could be very useful for the right reader. Christmas gift idea, maybe?