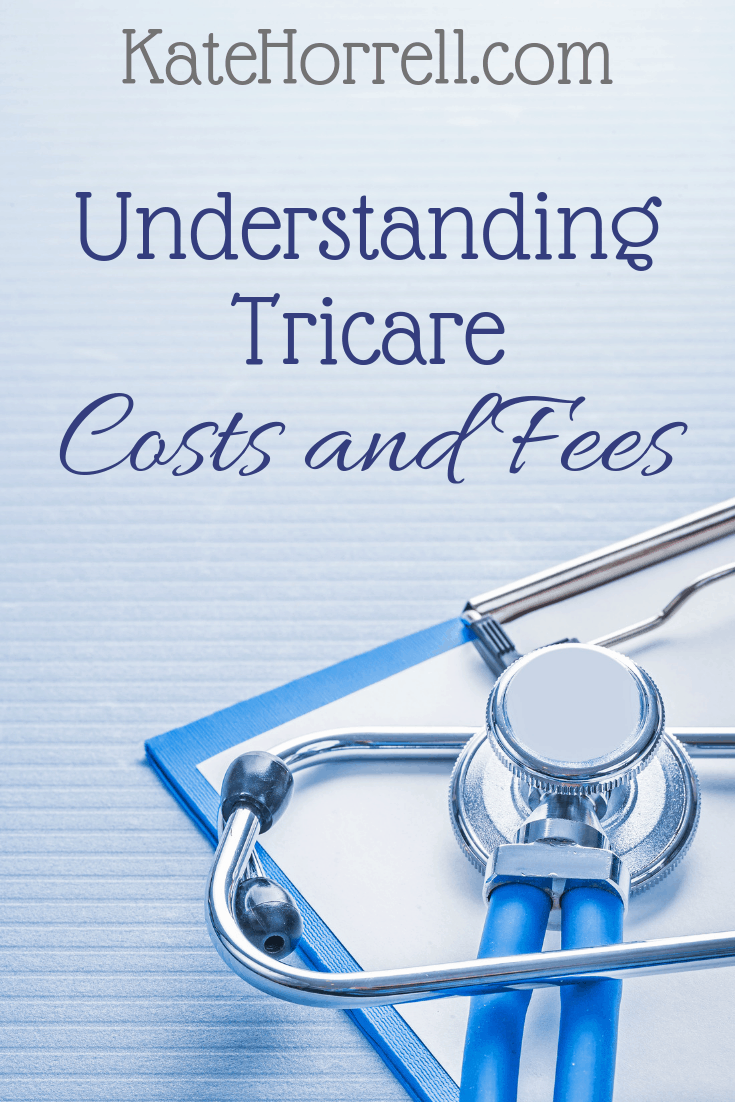 Update 29 August 2019: Tricare has decided/realized/whatever that the Prime enrollment fees DO apply to your catastrophic cap.

Tricare can be more confusing than you’d think, especially if you’re used to being treated at Medical Treatment Facilities (MTF) and you start seeing civilian providers. And it doesn’t help that the civilian providers often don’t know what’s going on, and sometimes the contractors (Humana in the East, Health Net Federal Services in the West) don’t know, either. That makes it even more important that YOU know exactly what’s going on. And sometimes that’s hard.

Seriously, I know. When we switched from Prime to Select in 2019, our providers ouldn’t figure out what to do with us. It took weeks to get everything sorted.

Tricare is a great benefit, but sometimes it can be a little confusing. Prime vs. Select, co-pays vs. cost-shares, catastrophic caps and deductibles – who can keep track?

Thankfully, there are some resources that should make things a lot more clear. The first, and possibly most important resource is the Tricare Costs and Fees 2020 (this will open a PDF in another tab, so don’t do it on your phone if you don’t want it to download.) It’s only four pages, and the last page isn’t even about medical (it’s dental,) and it’s a pretty darn clear explanation.

How To Use This Tool

What’s This Group A and Group B Stuff?

With changes to Tricare in 2018, beneficiaries are sorted into two groups: those whose sponsor entered military service before 1 January 2018 (Group A), and those whose sponsor entered military service after 1 January 2018 (Group B). Just to be extra tricky, several groups who should be in Group A are actually put into Group B: Tricare Reserve Select, Tricare Retired Reserve, Continued Health Care Benefit Plan, and any family that has someone on Tricare Young Adult.

Some Tricare options have enrollment fees. To me, this is a weird choice of the word enrollment fee, because I think enrollment fee implies a one-time fee to get enrolled in something. But in the case of Tricare, the enrollment fee is like a premium – you pay it for each month that you are enrolled in that plan. It is listed as an annual cost, but it can be deducted monthly from your retirement pay or you can pay quarterly, depending on your situation. (Be prepared to pay the first few months up front.)

Tricare Select beneficiaries pay an annual deductible before Tricare cost-sharing begins. The deductible is based on status (currently serving or retiree), rank (for currently serving members), group (based upon initial date of military service or enrollment in Tricare Reserve Select, Tricare Retired Reserve, Tricare Young Adult, or the Continued Health Care Benefit Program), and even whether the provider is in-network or out-of-network. There are a lot of variables!

Many individuals pay co-payments or cost-shares for services covered by Tricare. These amounts vary based upon your status, which Tricare you are using, whether the provider is in-network or out-of-network, and which group you are in.

The catastrophic cap is the most you’ll pay for care in a given calendar year. There are 4 catastrophic caps based upon your status and group. Note that the 2019 document was printed before the 29 August 2019 change to policy, so you’ll need to mentally note that your Tricare Prime enrollment fees DO apply to your catastrophic cap.

Print out Tricare Costs and Fees 2020, cross out the stuff that doesn’t apply to you, and you will understand Tricare a LOT more. Give it a try!