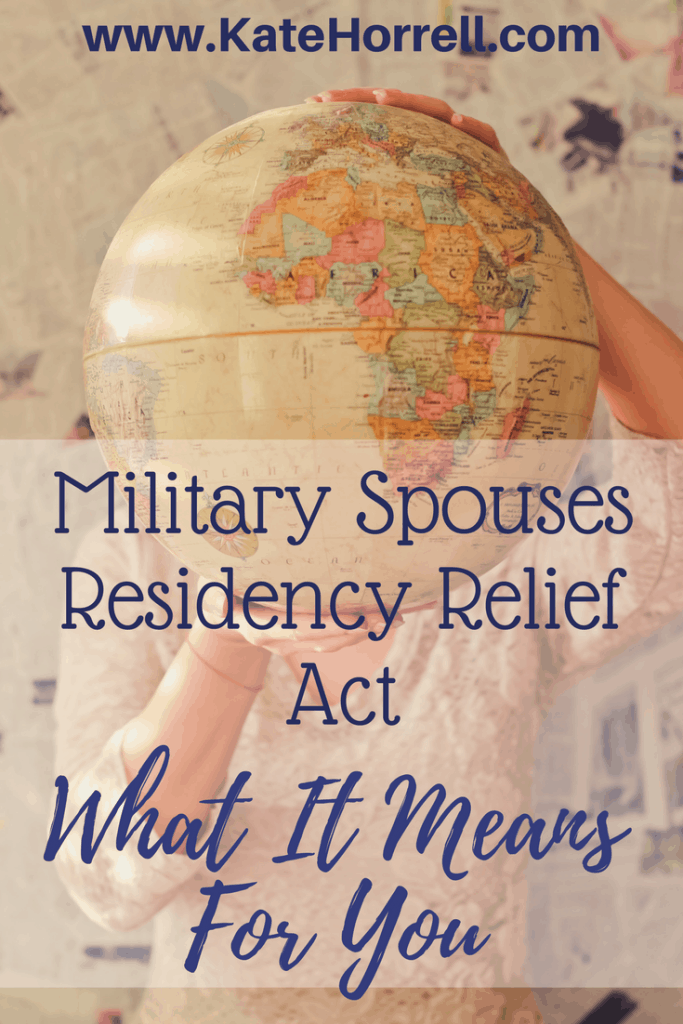 Update: The Veterans Benefit and Transition Act of 2018 has further amended the SCRA so that military spouses can use their active duty husband/wife’s state of legal residence for purposes of taxes and voting.

The Military Spouses Residency Relief Act (MSRRA) is important law, but it is very misunderstood.  Passed in 2009, it actually amends the Servicemember’s Civil Relief Act (SCRA) to provide certain specific protections to military spouses.  It can provide great benefits to military spouses, particularly in the area of state taxes, but there is lot of misinformation about it.

First, let’s read what it actually say, then we’ll talk about what it means.

You can read the full text of the Act here, or just read these highlights:

What MSRRA Means For Spouses

The most important part of MSRRA/SCRA is the part that allows you to obtain a previously obtained domicile, or state of legal residence, for purposes of state income taxation.  This means that military spouses may not have to change tax states with each Permanent Change of Station (PCS) move.  However, you must remember that under this federal law, the spouse may only claim MSRRA/SCRA protections if he or she shares the same domicile, or state of legal residence, as the active duty service member.

What MSRRA Does Not Say

MRSSA/SCRA is noticably silent on several issues of importance to military families.  However, you will find people who will tell you that MSRRA somehow offers these protections.

MSRRA/SCRA does not say anything about vehicle registrations, inspections or insurance.

MSRRA/SCRA does not have any provision for establishing domicile in any location, except via the regular process that includes being physically present in the state.  It does not allow the spouse to obtain the domicile of the service member.

How MSRRA Works With State Laws

This is the truly tricky part about MSRRA, but it’s not actually about MSRRA. It’s about state laws.

Sometimes, this is just an act of kindness, but often it is due to misunderstanding of what the MSRRA/SCRA actually says, or sometimes even just poorly worded laws.   Regardless of why, people often claim that generous state laws are actually protections provided under MSRRA.  This can cause a lot of confusion!

I encourage you to read and understand the MSRRA law so that you can benefit from its provisions without accidentally trying to do something that it doesn’t permit.  If you are ever in doubt about it, the legal services office on a base in the appropriate state should be able to give you guidance about MSRRA and any applicable state law.

The benefits in the MSSRA amendment to the SCRA are a great blessing for those who can benefit from them, but it isn’t the blanket rule that many people would have you believe.  It has very specific protections and situations in which those protections apply.  Understanding it is key to using it properly.